Hey there, I’m Louise and as you may have guessed, people call me Weezy.  Here’s my official bio, cheers!

Louise Leonard is a chef, food personality, stylist, booze lover and bon vivant, living the bi-coastal life between Los Angeles and New York. She was recently crowned the winner of Season 2 of ABC’s prime time hit, The Taste, where she was chosen from a nation-wide search to compete with professional chefs and home cooks.  In the exciting finale, the show’s celebrity judging panel; Anthony Bourdain, Ludo Lefebvre, Marcus Samuelsson and Nigella Lawson chose Louise for the $100,000 first prize.

She is also a contributor with Kin Community, YouTube’s #1 multi-channel for women, as host, recipe developer and stylist.

Other work includes styling for the Emmy award winning show, Top Chef, as well as styling for Top Chef Masters, MasterChef, The Chew, Access Hollywood, and Next Food Network Star. She’s also a regular contributor with Vegetarian Times and styled celebrity chef Antonia Lofaso’s The Busy Mom’s Cookbook.  Louise also is the instructor of Food Styling for Media at The International Culinary Center in New York.

Louise was born and raised in Wisconsin where her mother and father ran a pizza parlor when she was a kid.  It was there that she learned how to pour a pint of beer and play pinball, very important skills that would return to her later in life.  She also was a champion hog wrangler with the 4-H.

Later on, she received degrees in Journalism and Spanish at the University of Wisconsin-Madison. She went on to study at the Universidad Compultense de Madrid, and eventually made her way to New York City where she earned a Grand Diplôme in Culinary Arts at the former French Culinary Institute (now International Culinary Center).

While in New York, Louise worked at one of America’s first and best craft beer bars, The Blind Tiger, where she was the Executive Chef and Managing Bartender. She has made her mark in the NYC beer scene and beyond, cooking and collaborating with breweries such as Brooklyn, Sixpoint, Stone, Green Flash, Avery and Empire Brewing.

In addition to her prowess with beer, Louise specializes in cooking with wine and spirits and is a staunch advocate of supporting local breweries, wineries and distilleries.

She loves to travel and explore, often led by her love of food. She’s known for her ability to pull elements from cuisines around the world that will pair well with her favorite libations.

Louise’s latest projects have included hosting a series of pop-up dinners with the winner of The Taste UK, Debbie Halls-Evans, in Los Angeles and New York.  Two cookbooks that she styled last year, Brooklyn Spirits and Welcome to Honeysuckle Hill, have hit the shelves, and, most exciting of all, plans are coming together for her to fulfill a lifetime dream of opening her very own bar/restaurant.

When Louise is not working, she’s usually out scouring for delicious food and drink on her bike. 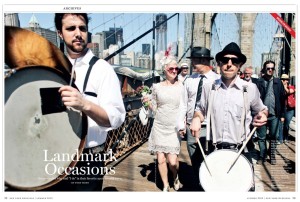 My wedding on the Brooklyn Bridge featured in New York Magazine! 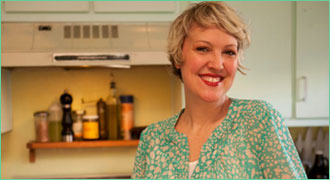